“We have an enormous amount of waste with many of our state’s boards and commissions,” Phillips-Hill said regarding House Bill 57. “This is a great start to reforming and rightsizing our state government.”

House Bill 57, sponsored by Representative Jonathan Fritz (R-Susquehanna/Wayne), would abolish many outdated boards and commissions within state government. The legislation would abolish the following: Advisory Committee on Probation within the Pennsylvania Board of Probation and Parole; the Industrial Resource Center Strategic Advisory Board and the Small Business Advocacy Council with the Department of Community and Economic Development; a joint committee tasked with reviewing cost-of-living supplements under the two state pension management systems; the Pennsylvania Public Television Network Commission; the Public Television Broadcasting Advisory Council; the Pennsylvania Quality Leadership Awards Council; the Tobacco Use Prevention and Cessation Advisory Committee within the Department of Health; and the legislative representative for collective bargaining under Title 71.

The committee approved a resolution sponsored by Phillips-Hill that urges the United States Congress to ratify the United States-Mexico-Canada Agreement on trade. Phillips-Hill said the issue is a priority for many local employers and farmers, as well as statewide business groups. “Today, we lend our collective voice that we are standing up for American jobs, American intellectual property and American innovation,” she said.

The committee also approved Senate Bill 895, sponsored by Senator Jake Corman (R-Centre/Huntingdon/Mifflin/Juniata), which authorizes the state’s Department of General Services to convey a parcel of land in Benner Township, located in Centre County.

All three bills move to the full Senate for their consideration.

You can learn more about the committee meeting here. 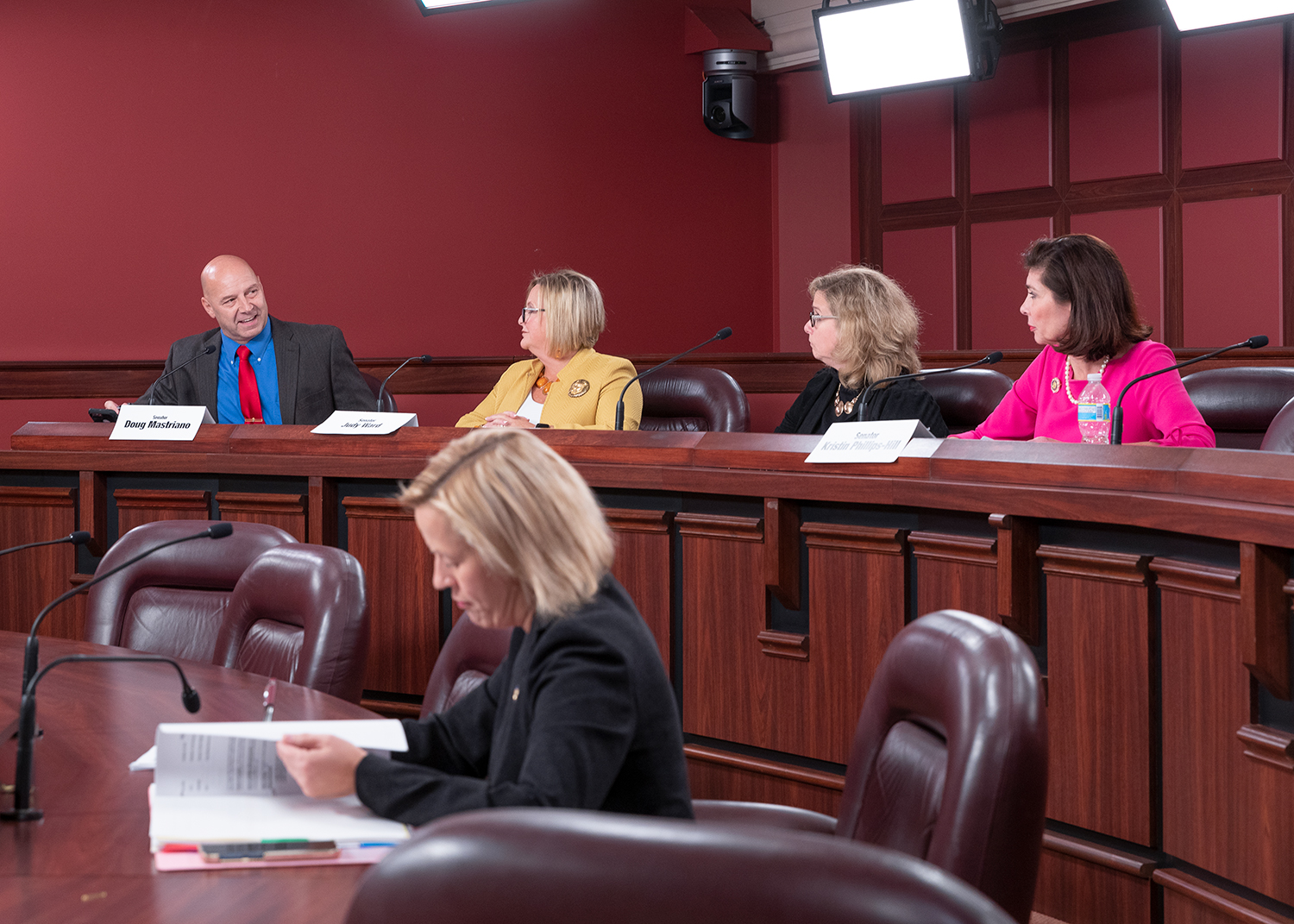